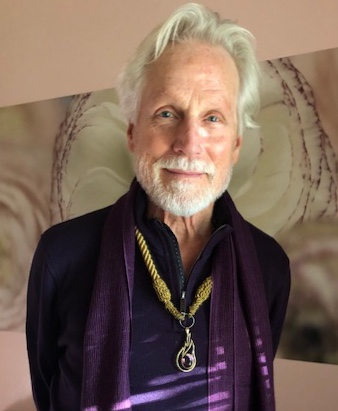 John-Allan has been practicing as a cranial-sacral therapist for the past three decades with the holistic medical, chiropractic, and dental communities. As a holistic practitioner, John-Allan’s focus is on empowering the whole being to evolve in health through its individual life lessons. His own personal experiences and that of those with whom he works continues to support the basic premise of the truly holistic approach...given the proper nutrient and energy throughout the body, the being automatically seeks a state of greater balance which is reflected in an increasingly more radiant physical and emotional health.

The cranial sacral techniques specifically address the energy balance in the body which is governed by the structural alignment - out specifically the balance and coordination inherent in the design of the bones of the cranium for movement which is referred to as respiration. This movement and the techniques for re-establishing and enhancing it were first discovered in our Western medicine by an osteopathic physician named Sutherland around 1920. Note: Mediterranean and Eastern Medicine have long held long held as fact the movement of the bone plates of the head.

This work is pleasant and relaxing and a great adjunct to any other health-building pursuit. Indeed there are some instances in which other work is not only enhanced by the "cranial" but limited without it. Specifically, the "cranial" is the only technique which focuses on the "unwinding" of past traumas to the head, neck, and back which are held by the fascia membrane. Such traumas include: birth traumas to the head (anything in excess of 6 hours or forceps being used); concussion or serious blows to the head/neck/back; whiplash; Bell's Palsy; falls on the tailbone/sacrum; dental procedures (especially braces and surgeries); and long-term life stresses. These traumas do not leave on their own accord over time, but in fact become cumulative. Additionally, headaches, especially migraines, are indicative of a need for cranial-sacral work. Headaches were not meant to be endured or masked with medication, but are symptoms of an imbalance which the body is unable to correct on its own. For those fortunate enough to have never suffered from headaches or physical trauma to the head, the "cranial" can go directly to relieving stress and tension which we all as human beings are holding to some degree. An often overlooked stress to the head is dental work which places the jaw joint in an over-extended position in the very least.

During the "cranial" the flow of cerebral-spinal fluid is greatly enhanced into an out of the cortex and down the spinal column, bathing the nerves off the spinal column leading to all parts of the body. The result is a deeply relaxing experience during which the body is allowed to relax and self-correct the energy flow to all the organs and systems of the body. Depending on the individual history, a series of 4-8 "cranial" are recommended with "tune-up cranials" as needed by the individual, i.e. periods of greater stress and difficult growth are greatly relieved or facilitated by cranial-sacral treatment. Under normal circumstances (once balanced) a "cranial" every 3-4 months is beneficial. The cost of treatment can often be deferred by health insurance.

This is should be a prospective customer's number one call to action, e.g., requesting a quote or perusing your product catalog.